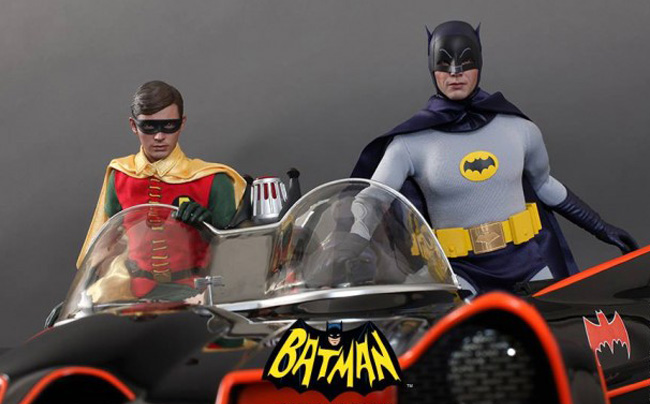 As a kid I remember loving the old Batman show. It was corny, over he top, and just down right cheesy. This show taught me to buckle my seat belt, never punch a man with glasses, and on days that you can’t get rid of a bomb it’s better to duck behind a bunch of steel pipes than allow it to destroy a group of ducks in the water.

Well what if I told you that there was a way you could enjoy some new adventures with your favorite childhood Batman? There is a semi-new comic called “Batman ’66” that is just that. I’ve read the first issue of this and I must say, I was rather impressed. Do yourself a favor and put your batteries to power and your turbines to speed. Roger? Ready to move out?

They’ve even come out with a whole new line of toys. The Batmobile is my favorite. They’ve even got an Egg Head figure in the works. Egg Head was played by Vincent Price… I wonder if he’s a long lost relative of mine.

I tend to think comics get expensive over time. A dollar an issue is more expensive than the volume sets. All of this being said, I may have to become a collector of all of this great new stuff.

Now where are my new 80s movies at?

A Blog For Geeks